Answering the unanswerable: What wheel size should I buy? (And what’s the difference, anyway?) 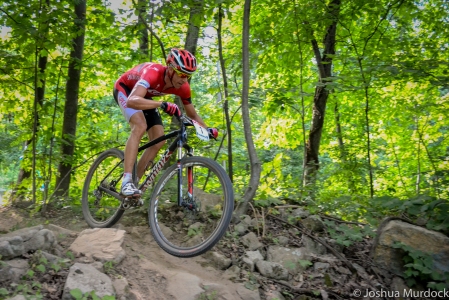 It’s up to downhill purists and park rats in chairlift lines to decide what it all means for downhill racing, but one thing is certain – the limitations of big wheels might not be where the industry thinks they are. And if 29ers can race World Cup downhill, what can’t they do? Well, for one, 29ers probably won’t make an appearance at Red Bull Rampage anytime soon, nor will they feature in slopestyle or dirtjumping. But then again, people said the same about 29ers and downhill racing until just a few weeks ago, when images of prototype 29er race bikes appeared on top downhill riders’ Instagram feeds.

There is no “best wheel size” or “right wheel size,” but, like the genre of mountain bike you ride, there is a wheel size that’s best for you and for what you do. 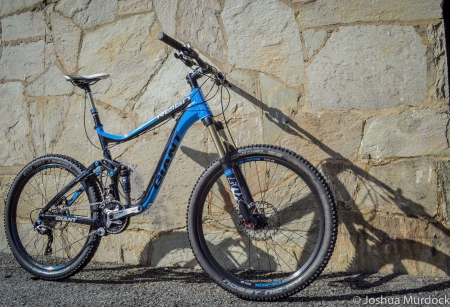 For starters, let’s review some technical details. The wheels and tires referred to as 26, 27.5 and 29 inches do not actually measure those dimensions. Although the outer diameters of the tires, when mounted and inflated, are roughly those sizes, the rims and tire beads are smaller. According to the website of the late, great cycling expert Sheldon Brown, which still serves as a definitive source for mechanics today, ISO measurement, the technical standard for categorizing rims, is the diameter of a rim from bead seat to bead seat. In other words, ISO is the rim diameter in millimeters from where the tire bead rests within the rim. Due to varying rim wall heights, the overall outer diameter of a rim is generally 5-10 millimeters greater than ISO diameter.

But, of course, that’s the diameters of the rims and tires where the tire bead interfaces with the rim – the outer diameter of tires mounted and inflated on those rims is much closer to the common names of 26, 27.5 and 29 inches.

One of the few things more difficult than picking a wheel size in 2017 is trying to find a 26er bike on the floor of a bike shop. Just like punk, 26 isn’t dead, but it’s not what it was in the ’80s and ’90s. For the purpose of this piece, we’ll stick to the two sizes found on nearly all mountain bikes today: 27.5 and 29.

In the mid-2000s, 29-inch wheels began showing up on ungainly cross-country hardtails, and the size didn’t make too much of a splash until almost 2010, when hardtail 29ers began dominating U.S. cross-country races. Full-suspension 29ers soon became the norm, and in 2011, Jaroslav Kulhavy was the first rider to win the UCI Elite Men Cross-Country World Championships on a 29er, blasting to a commanding victory on an S-Works Epic 29. 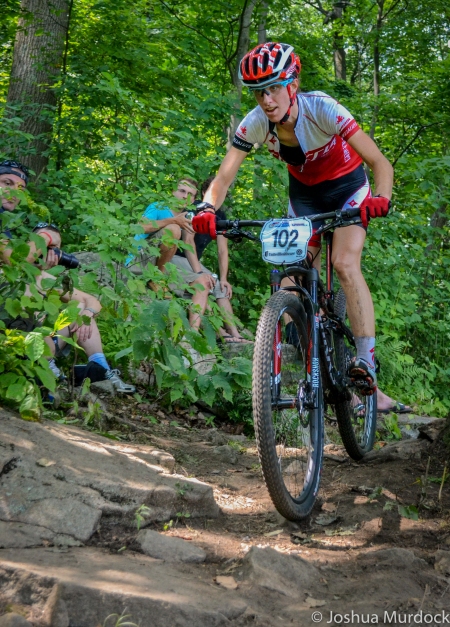 But as 29ers quickly grew to be the dominant wheel size on 4- and 5-inch travel mountain bikes, many riders contended that big wheels and big suspension didn’t mix – at least not yet. Companies satiated the demand for slightly  larger wheels on longer-travel bikes by fully supporting what used to be an oddball wheel size: 27.5 inch.

At 22.99 inches in ISO diameter, 27.5-inch rims are just 0.99 inches larger in ISO diameter than 26-inch rims and a full 1.49 inches smaller than 29er rims. So, despite the name, 27.5-inch wheels are not halfway between 26- and 29-inch wheels; they’re closer to 26 and further from 29. They provide a slight traction and angle-of-attack advantage over 26ers while accelerating quicker and being more easily maneuvered than 29ers. 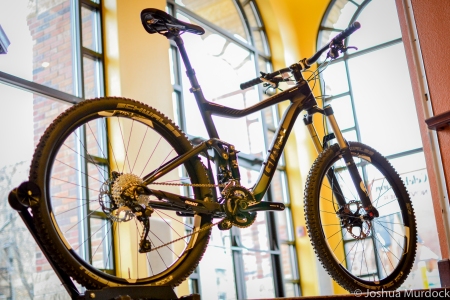 The 2014 Giant Trance Advanced 1 is an example of a 5-inch-travel, 27.5-inch-wheeled trail bike, a common combination of suspension travel and wheel size.

If you’re a rider who charges straight through rough terrain, preferring to ride over obstacles rather than around, then 29-inch wheels will better suit your riding style than their smaller counterpart. It comes down to angle of attack, or how easily a wheel can ride over an obstacle. Think of it this way, just like a bicycle rolls over a pebble better than a skateboard does – because the bicycle’s wheels are bigger – a bicycle with bigger wheels will roll over an obstacle better than a bicycle with smaller wheels. 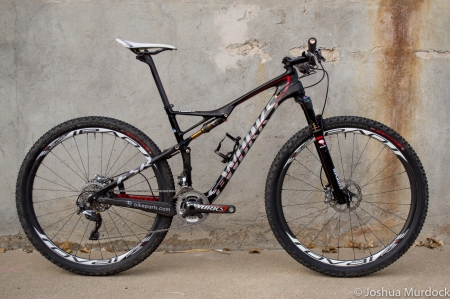 With 29-inch wheels and 4 inches of suspension travel front and rear, the S-Works Epic was the first 29er (and first full-suspension) to establish itself atop cross-country race podiums at the UCI World Cup level. Pictured here is the 2014 model.

But some riders would rather pick lines through technical sections and between obstacles, rather than over them. And some riders don’t like the marginally larger turning radius 29ers have, or that they can be a bit more to handle in the air. For riders who want supreme flickability and snappy acceleration over all else in a bike, 27.5-inch wheels provide all that while still giving a small rollover and traction advantage over 26ers.

Also, some riders’ belief is that big suspension and big wheels together are simply too much bike.

Aside from handling, another decision point between 29 and 27.5 is rider height. Just like kids bikes have progressively larger wheels for taller kids, starting with 12-inch wheels and progressing to 24 inch, adult bikes can now be tailored the same way. Many shorter adults find that 27.5-inch-wheel bikes fit them naturally, while 29ers feel too big. For many taller riders, 29ers are a godsend – finally they have a bike that fits! And these trends are common in what we see on the market today. Cross country bikes, like the  Specialized Epic hardtails and full-suspensions, come with 29-inch wheels. Enduro bikes with 6 inches of travel, such as the Specialized Enduro and Giant Reign, come with 27.5-inch wheels.

But brands get creative, too, often pushing the limits and providing options.

The five-inch travel Specialized Stumpjumper FSR is offered with both wheel sizes, as is the Enduro. Giant, arguably the brand most committed to 27.5, offers models with options of 27.5 or 29, such as the XTC hardtail and Anthem cross-county full-suspension.

There’s no right answer to the wheel size debate. Some riders have different wheel-size bikes for different applications, such as a 29er for cross-country and a 27.5 for trail. The only way to discover which wheel size is right for you, given the riding you intend to do, is to head to your local shop, tell the guys and girls there how you ride and what kind of bike you’re seeking, and take a few bikes out for a spin.

Peak Cycles bike shop has demo bikes with 29- and 27.5-inch wheels, both trail and cross-country. We also have dozens more on the sales floor.

Not even sure what kind of bike you want – full-suspension or hardtail, cross-county, trail or enduro? All of that is broken down in this post: What mountain bike should you buy?

This entry was posted on Sunday, June 11th, 2017 at 9:20 PM and is filed under Peak Cycles Bicycle Shop. You can follow any responses to this entry through the RSS 2.0 feed. You can leave a response, or trackback from your own site.

One Response to Answering the unanswerable: What wheel size should I buy? (And what’s the difference, anyway?)