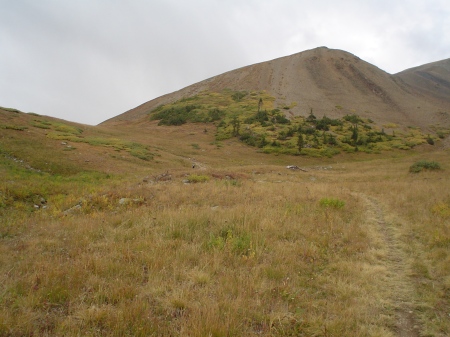 Here is a palette cleanser after that last posting…

Parker showed up at my house on Sunday wearing his Colorado State Rams Jersey, looking for an epic ride.  I told him that I wasn’t sure what I could do but I’d try to fulfill his wishes.  We set out rather late on a cloudy but warm September day to Circumvent Guyot and then some…….  Headed out my door and up the gulch towards French Pass, dropped down into Park County on some pretty rad single track after summiting around 12,000 feet.  We rode up Georgia Pass road and at the summit of that pass hit the Colorado trail where the real adventure began.  The Colorado trail portion of the ride started with a 25 minute descent, which led to the third major climb of the day up West Ridge towards Keystone.  In all it was only 18 continuous miles of Colorado Trail single track riding.  By the time we hit the dredge boat on Tiger Road I’ll admit I was broken. Of course my man Parker (who was on fire) left me as I struggled with the tiny little climb of Gold Run Road on the way back to my house.  Stopping numerous times, a rider came up on me only to ask if I needed a helicopter ride out of there, an IV, or alittle serious help because I looked like hell.  I waved him on and said I’d make it, just tell my bro who was two miles ahead of me to wait.    RIDE STATS:   just over 40 miles of riding, right over 6,000 feet of climbing (three major climbs), around 5:40 ride time, and we were out for alittle over six hours. – Jason Kompf 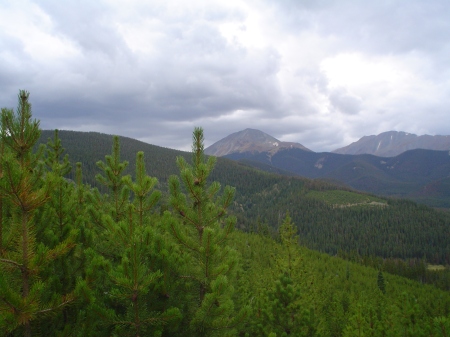 This entry was posted on Thursday, September 10th, 2009 at 7:05 PM and is filed under Peak Cycles Bicycle Shop. You can follow any responses to this entry through the RSS 2.0 feed. You can leave a response, or trackback from your own site.